A Unique Beginning
In 1995, in a recording studio in Northern Michigan, tracks were being laid down for what would become the world’s first album of music for dressage. This ancient sport of kings had gained a following that looked to a modern way of displaying this highest level of equestrian training. These ancient battle movements now had music as a part of the dressage “tests”. This new element of freestyle dressage caught on and enthusiasts worked hard on combining different songs to match the choreography. As good as they were, they always came up short of being great performances. Original music had to be written to match the choreography for each particular ride. So after composing the new music for each of the varying levels of freestyles, I had riders perform them. The result was award winning freestyles and the world’s first album of “Music for Dressage”.

To promote the album, a decision was made to use the internet. Back then there were just a little over 20,000 websites on the entire internet. I worked with a small team to design a website and offer this for sale online. Also, PayPal wasn’t around yet, so I had a local bank come on board which allowed me to accept credit cards out of my home office. This was the ‘on ramp’ that launched me on this fascinating new information superhighway called the internet.

Let me show you how easy it is to get your business up to speed. No “geek talk” here, just an understandable, common sense approach, to this new way of advertising. 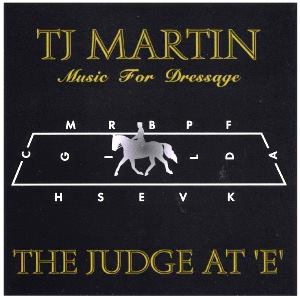